VIOLENCE AT THE HANDS OF ISLAMIC STATE MILITANTS MAY HAVE SUBSIDED, BUT OUR SUPPORT OF SUFFERING CHRISTIANS REMAINS CRUCIAL

“WITHOUT THE KNIGHTS of Columbus, our Christian community would not have survived.” This is what I heard time and again as I visited Iraq in March, meeting with survivors of genocide, refugees, medical personnel, educators and bishops, as well as U.S. and Kurdish government officials.

I came to Iraq at the invitation of the Chaldean Catholic archbishop of Erbil, Bashar Warda — a member of the Order and a good friend.

The day before leaving for Iraq, I had the privilege of a private audience with Pope Francis. He and I discussed the Knights‛ efforts to help the persecuted Christians in that region — an issue that is close to his heart. He encouraged us to continue, saying, “A Middle East without Christians is not the Middle East.”

My trip to Iraq provided a concrete opportunity to express our solidarity with these Christians who have suffered so much, to assess the effectiveness of our past support and to understand future needs.

It was equally important to convey to Kurdish government officials that the Christians there are not alone; they have important allies.

I was encouraged to hear from the prime minister of the Kurdistan Regional Government of his administration‛s commitment to protect Christians. Without that commitment and effective security, Christians face an uncertain future.

Since 2014, we have spent more than $20 million to help persecuted Christians and others targeted for genocide in the Middle East. Our support has helped provide food, housing, education and medical care for tens of thousands of displaced people. It has also funded rebuilding the town of Karamles after its liberation from ISIS.

We were the driving force behind the 2016 declaration by then-Secretary of State John Kerry that ISIS had committed genocide against religious minorities. We then worked closely with Vice President Mike Pence to update policy so that persecuted minority communities would no longer be overlooked by U.S. government aid.

As part of these efforts, I testified numerous times at congressional hearings, and my testimony became the basis for the Iraq and Syria Genocide Relief and Accountability Act. Congress unanimously passed the bill due in large part to the efforts of Rep. Chris Smith (R-N.J.) and Rep. Anna Eshoo (D-Calif.). The act, which was signed into law by the president in December, provides for direct funding of groups targeted for genocide.

Having discussed this issue with Vice President Pence and Mark Green, administrator of the U.S. Agency for International Development, I know their commitment. But much remains to be done that government cannot do. That is why we entered into a groundbreaking memorandum of understanding with USAID to build a new government-private sector partnership to help these suffering minorities.

The violent genocide of Christians by ISIS has been stopped, but we must not allow their despicable goal to be achieved by indifference.

I will remember many things about my trip to Iraq, such as praying with still suffering Christians displaced from Mosul, one of the oldest Christian cities in the world, and listening to senior churchmen speak about the deteriorating situation of Christians entrusted to their care.

There are hopeful images as well: the opening of McGivney House to provide apartments for young families and care for the elderly; the construction of a new Catholic hospital; and the activity of the newly established Catholic University of Erbil.

These initiatives in housing, education and medical care are building an infrastructure to sustain Christian life.

On a more personal level, I will cherish the painting I received from a young Yazidi boy helped at the medical clinic we support. It depicts a large sun shining down on a church, a mosque and a Yazidi temple, with a large Knights of Columbus emblem in the foreground. Another memory that will not soon fade is praying with young school children at Sts. Peter and Paul the Apostles Parish with the rosaries I presented to them as a gift from Pope Francis.

There are many reasons the Knights of Columbus is so committed to our persecuted brothers and sisters. Yet perhaps it is as simple as this: We want a world where children can paint their pictures with bright colors and can recite their prayers together in peace. 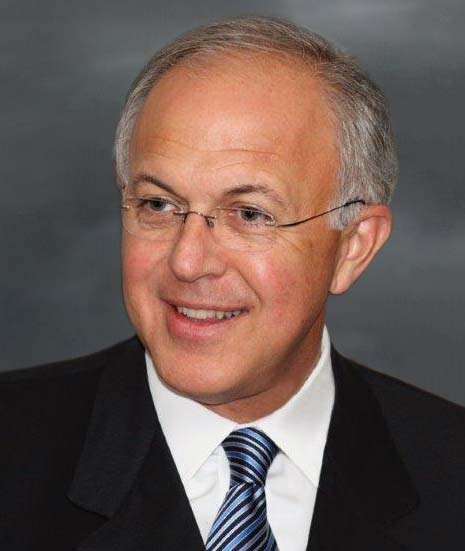