Roe vs. Wade overturned – what does this mean?

The Supreme Court justices voted 6-3 to overturn the specific Mississippi abortion law at the center of this case.

“The Constitution does not confer a right to abortion; Roe and Casey are overruled; and the authority to regulate abortion is returned to the people and their elected representatives,” Justice Samuel Alito wrote in the court’s ruling.

“Abortion presents a profound moral question. The Constitution does not prohibit the citizens of each State from regulating or prohibiting abortion. Roe and Casey arrogated that authority. We now overrule those decisions and return that authority to the people and their elected representatives,” Alito’s opinion says.

After nearly 50 years, the wrong decision that was made in Roe v. Wade has been set right. The Supreme Court’s historic decision in Dobbs v. Jackson Women’ Health Organization overturning both Roe and Planned Parenthood v. Casey, is a watershed moment in the movement that generations of Knights of Columbus have worked and prayed for. Indeed, it is one of the most significant advancements in human rights in our nation’s history.

We are grateful and encouraged by the Court’s finding that abortion is not a “constitutional right.” But we must not think that today is a day to declare victory. Instead, I call upon every member of the Knights of Columbus to redouble their personal efforts to build up the Culture of Life that St. John Paul II described in his prophetic encyclical letter Evangelium Vitae.

With Roe reversed, federal advocacy to protect unborn life is still necessary, but the decision opens wide the doors for states to consider their own abortion laws as well. Many states have laws that immediately protect unborn human life. Others have taken regrettable steps to make themselves “sanctuaries” for abortion-on-demand. Pregnancy resources centers will become even more vital as they reach out to serve pregnant women, new mothers and their children.

In the months and years ahead, Knights should work to support — or start — marches for life in every state. Another critical action we can all take is to increase our support for pregnancy resource centers in our communities. To that end, the Supreme Council has announced a $5 million campaign to support new mothers and their children through a new program: ASAP (Aid and Support After Pregnancy). These pregnancy centers and maternity homes are now the front lines of the pro-life movement, and Knights should continue to stand and serve with them. You can support this effort by making a donation today.

Even before the Dobbs decision was officially released, we saw numerous instances of violence and vandalism targeted at pregnancy resource centers and Catholic churches across the country. Let us find our response in the words Pope Francis addressed to the 2021 Supreme Convention, which called on us to be men “committed to building up rather than tearing down, promoting healing and reconciliation in place of hatred and recrimination, and inviting all to undertake the ‘journey of fraternity’ that can lead to a world ever more in accord with God’s saving plan for our human family.”

Finally, we must continue to pray and fast for the end of abortion. How fitting it is that the Dobbs decision arrived on the Solemnity of the Sacred Heart of Jesus. Let us pray in thanksgiving for this decision, and continue to implore the intercession of Our Lady of Guadalupe as we work to build a Culture of Life in which every human life, made in the image and likeness of God, is welcomed in life and protected in law.

A statement and interviews by Jeanne Mancini, President of March for Life:

In the past 24 hours since the Supreme Court released their decision to overturn Roe v. Wade, we have been blessed by a whirlwind of media interviews and opportunities centered around educating the American public about what this decision means. I’d like to share with you a few of the opportunities that, because of your support, I have had to speak about this new post-Roe landscape.

Our mission at the March for Life has always been to unite, educate, and mobilize pro-life Americans in the public square, and it is one my greatest honors to represent your pro-life voice in the media. It is my prayer that God will change hearts and minds towards life through such media work.

If you are so inclined, please take a few minutes to check out these important articles and interviews. 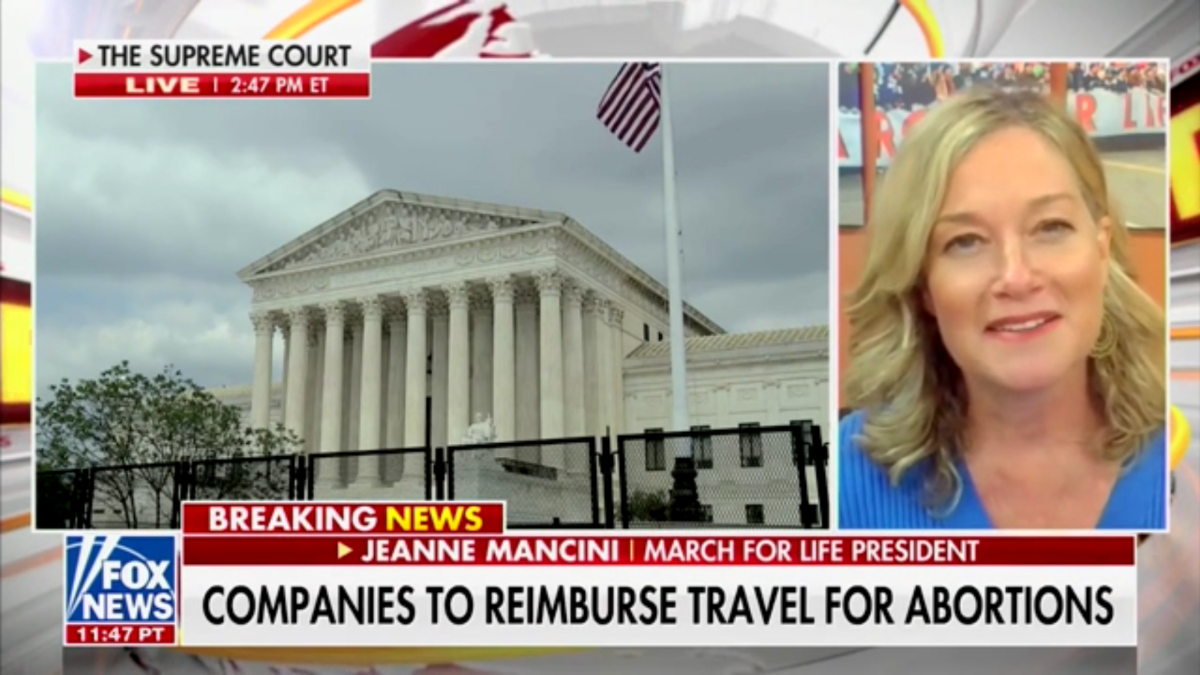 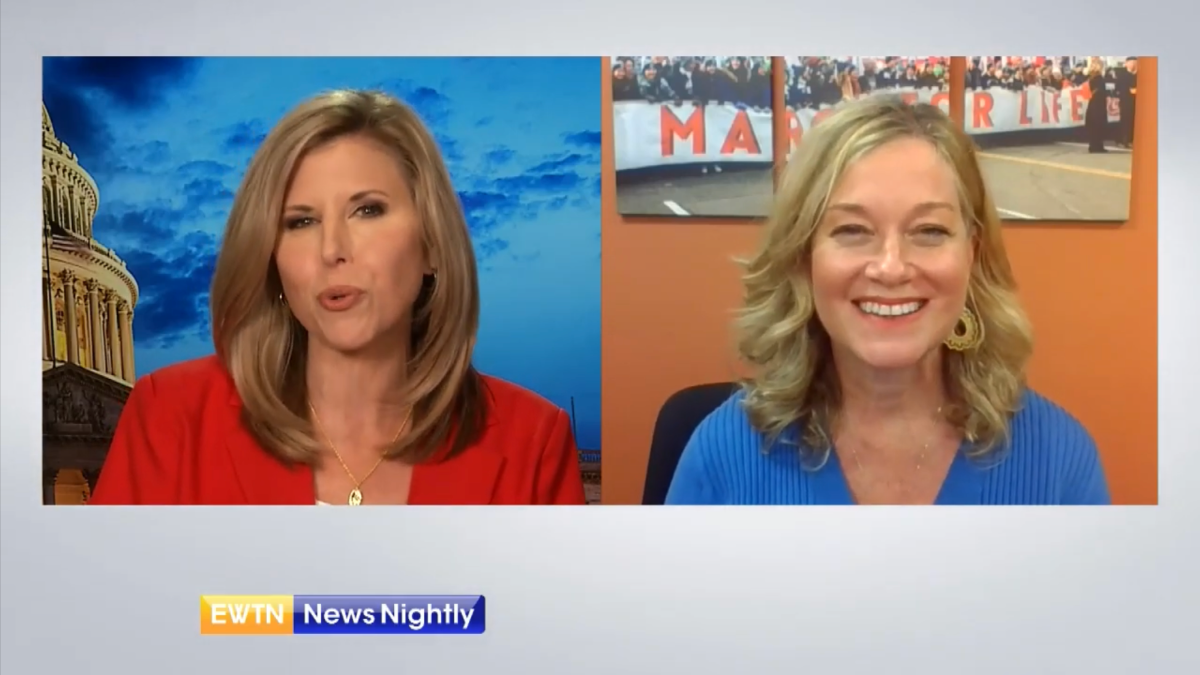 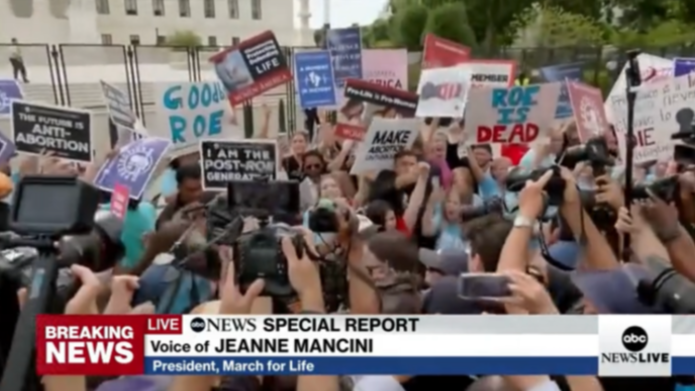 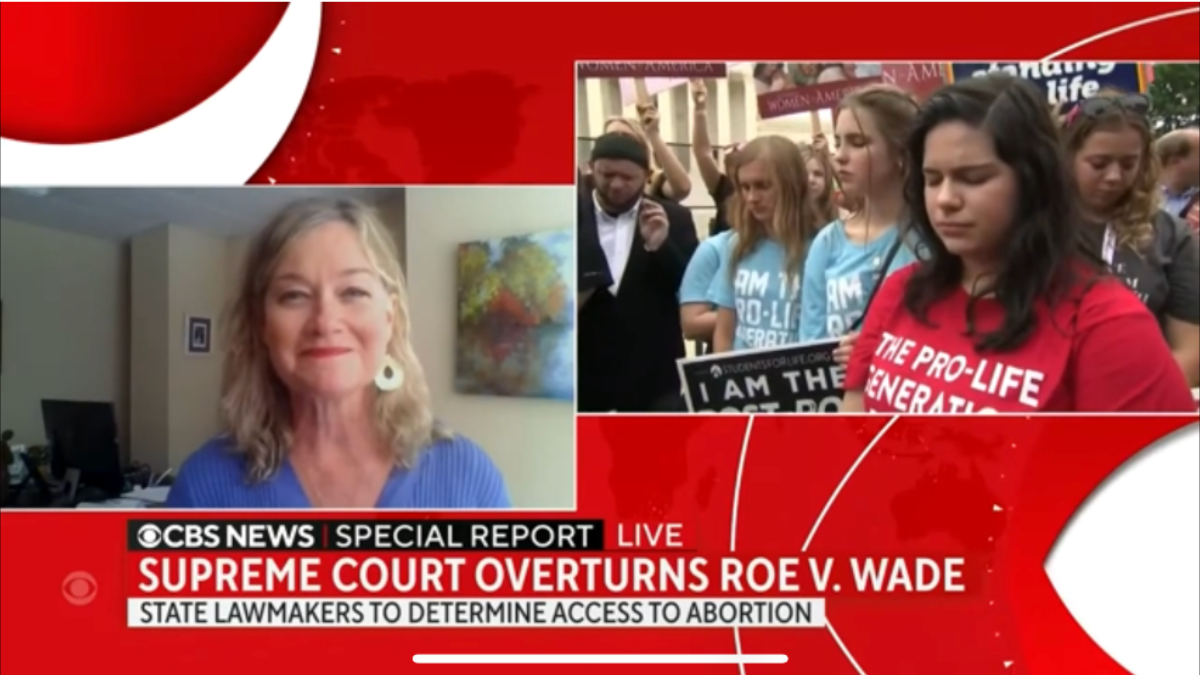