To encourage recruitment across the state, we have decided to hold an annual competition between regions based on member intake assigned to councils.

The “year” for the purposes of this competition will end on April 30th, so the winner can be announced at the State Convention. The prestigious “Regional Membership Cup” will be awarded to the winning Regional Membership Consultant, to be held for the following year, with an engraved plaque added each year. The winning region will also be rewarded with a party for the DDs and wives.

Big changes this month … while Terry’s Region 9 was relaxing after having led the standings for 3 months, they were overtaken by Orv’s Region 8 and Bob’s Region 4. Terry is still running a close third, with a big gap before the pack in the middle of the field. Mario’s Region 5 is still at the gate, but I’m thinking they might be waiting for bets! October proved itself as the usual month when our recruiting takes off … from a total of 59 council recruits at the end of the first quarter, we jumped to 116 by October 31st. Our state membership gain stands at 196 at this date, so there are still a lot of e-members just waiting to be asked to join a council! 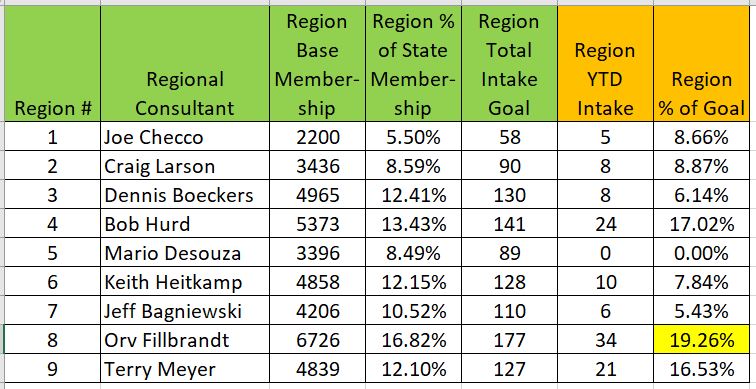 Congratulations this month to DD56 Jim Eddleston (Region 8) for having the leading District with 13 new council members, closely followed by DD45 Dean Fladmo (Region 4) with 12.

With the first quarter over, Terry Meyers Team Region 9 holds on to the lead, forging ahead with 12.6%, followed by Orv Fillbrandt’s  Team Region 8 a couple of length behind with 7.9%! Denny Boecker’s Team Region 3 has dropped back, and is running side by side with Regions 4 & 6 in the middle of the pack, and Regions 1, 2 & 7 bringing up the rear. Mario’s Region 5 is having trouble getting out of the gate, but they have some good recruiters, so I’m sure they’ll be coming out strong next month! 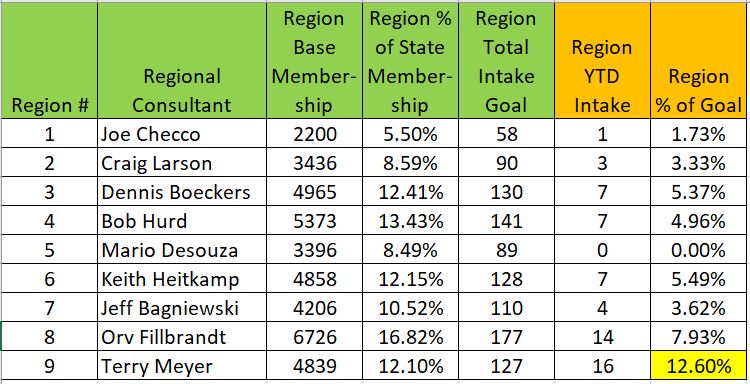 You might notice a slight change in the goals this month … we realized that Craig’s Region 2 included some inactive/suspended councils, which seemed a bit unfair, so we removed these and adjusted all the goals appropriately.
I should also congratulate SMD and DD52 Patrick Farrelly for having the leading District with 6 new council members.

Once again Terry Meyer’s Region 9 is in the lead, but only by a nose over Denny Boecker’s Region 3, with Orville’s Region 8 coming up close behind!
(Mario’s Region 5 and Jeff’s Region 7 still to come out of the gate! :o) 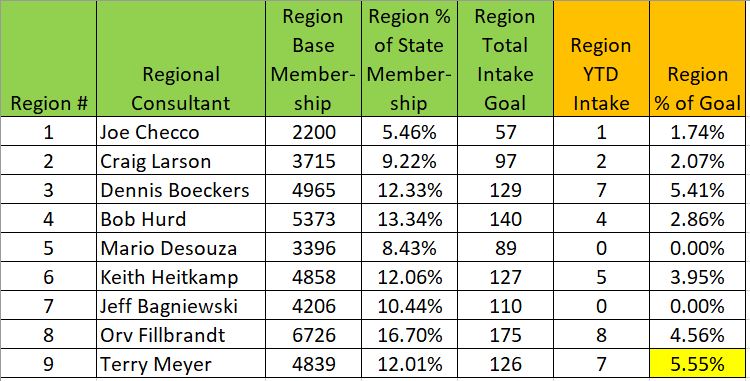 Remember, these numbers only include those new members who have joined councils! There are about 80 emembers waiting in the wings to be included (some from prior to July 1st) !! 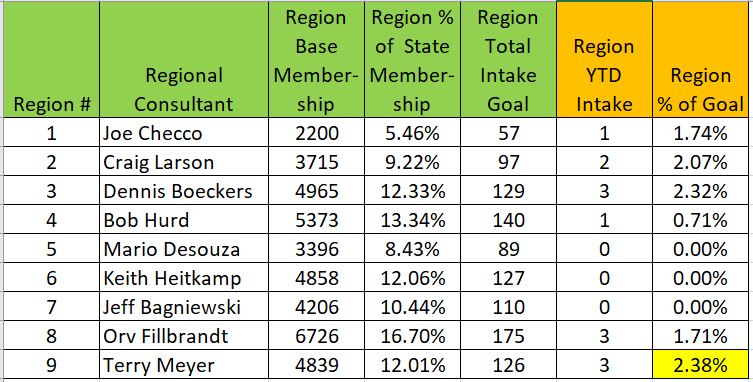 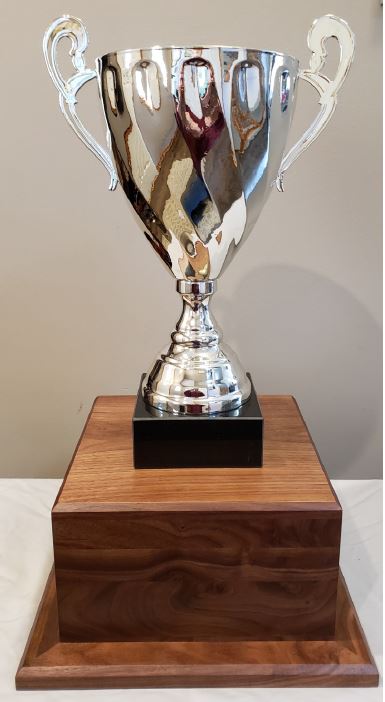