Patrick E. Kelly has been elected the 14th Supreme Knight of the Knights of Columbus. Starting March 1, 2021, he will serve as chief executive officer and chairman of the board of the world’s largest Catholic fraternal service organization, with more than 2 million members.

Mr. Kelly’s election as Supreme Knight follows a distinguished career in the Knights of Columbus, the military and public service. For more than 25 years, he has a demonstrated track record of service to Church and country, which will serve him well in advancing the Knights’ mission of Charity, Unity, Fraternity, and Patriotism.

Mr. Kelly has served as Deputy Supreme Knight since 2017. Prior to that, he served as Vice President for Public Policy for 11 years, spearheading the Knights’ interaction with the White House, Congress and federal agencies. He has also served as State Deputy in the District of Columbia. As a longtime executive and fraternal leader of the Knights of Columbus, he has consistently strengthened its record of charity, advocacy, insurance, investment and membership growth.

Mr. Kelly served as the first executive director of the Saint John Paul II National Shrine in Washington, D.C., and oversaw the renewal of the facility after its purchase by the Knights in 2011. During his tenure, the shrine became a leading pilgrimage site and a source of education and inspiration for Catholics throughout the United States and the world.

Prior to his leadership roles in the Knights, Mr. Kelly pursued a lengthy career of public service. Most notably, he was Senior Advisor to the Ambassador-at-Large for International Religious Freedom at the State Department from 2005 to 2006. His responsibilities included serving as the Department’s principal liaison with the Holy See and assisting with the formulation of U.S. foreign policy on religious freedom worldwide. He led U.S. delegations to the World Summit on Islamic-Christian dialogue (2005), the UN conference on interfaith cooperation (2005), and annual Sant’Egidio conferences.  He has also held advisory roles on the House Intelligence Committee and the Department of Justice, where he specialized in counterterrorism and national security.

Mr. Kelly served in the United States Navy for 24 years, on land and sea and on active duty and reserve status. As a Judge Advocate General, he specialized in international and operational law and served as the Commanding Officer of the international law unit at the U.S. Naval War College. He served on the staff of the Deputy Chief of Naval Operations and aboard the USS Guam as the Staff Judge Advocate for Amphibious Squadron Two. His personal awards include three Navy Achievement Medals, five Navy Commendation Medals and the Meritorious Service Medal. He retired from the JAG Corps Reserve in 2016.

Mr. Kelly has served as consultant to three committees of the U.S. Conference of Catholic Bishops (USCCB) for more than a decade: The Committee on Pro-life Activities, the Committee on Religious Liberty, and the Subcommittee for the Promotion and Defense of Marriage.

Mr. Kelly has been the Chairman of the Board of Directors of the March for Life since 2012. Under his leadership, the March for Life has become one of the most effective pro-life organizations in the world. He has also been a member of the Board of Directors of the National Catholic Bioethics Center (NCBC) since 2013. He has helped guide the NCBC in its mission to promote respect for the dignity of each human being through an understanding of how the moral teachings of the Church apply in health care and the life sciences.

He and his wife, Vanessa, have three daughters. They live in Connecticut. 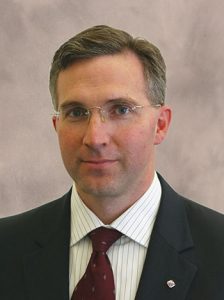